This mistress and her friend realized that they were being seduced by the same guy and they were not happy. They had to punish the guy for what he did. So one of them invited him to her house and when he went, he found both of them there. The mistresses punished him by making him lick and smell their asses as well as their farts before chasing him away. 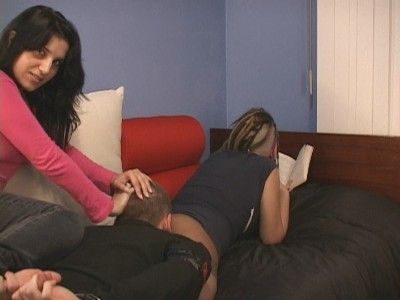