Mistress Elsi plays with phone as feet are licked

Mistress Elsi is new to humiliation. And she wanted to try them out because she felt she was missing out on a lot. So she did some digging around and she chose to try foot fetish. She got this loser who had a crush on her to lick her feet and pamper them. All this while she was on her phone and was only issuing instructions whenever he did something she did not like.

Madame Marissa likes to trample and to humiliate. This is something she does regularly. She is one of those mistresses who do not care whether one has committed a mistake or not. All she wants is to humiliate and that is what she does. She used dirty sneakers and dirty feet to trample this guy. he had to lick the dirt on her feet and clean up after her as she had not only made him dirty but the house as well.

Mistresses force guy to work for them

Mistress Gaia and her friend wanted to convince this loser to do some work for them. But he refused totally despite being offered many incentives. The mistresses got desperate because they wanted the work done urgently. So they facesat on the loser and they choked him. They also made him lick their soles, slapped him and trampled him before he accepted to do the work for them. And he did it for free.

Mistress Suzy tortures guy for lying to her

Mistress Suzy knows what to do when she is pissed. She likes to take her time to think about how she classifies the mistake and when she is done, she formulates a punishment. She chose to facesit and choke this loser for lying to her. She wanted him to be in pain and to be humiliated at the same time. She ignored his cries of pain and concentrated on teaching him a lesson.

Lady Shay saw this guy committing a mistake and she was not ok with what he had done. She insisted that he had to do the right thing and she made him do it. She forced him to lie down and she used her bare feet to humiliate him. She had made sure that her feet were smelly and sweaty for the purpose of humiliating him. He toed the line after that.

Mistress Natasha used her boots to torture this loser. She knew he was a loudmouth and that he had seen her do something she did not want anyone to know. She had to torture him so that he did not tell anyone. She did this by trampling him with her boots and she did it all over his body. She stomped on his mouth as well as on his balls.

Lady Kara felt that this loser needed to be punished so she punished him as cruelly as she could. She undressed him and she made him lick her saliva. She nearly choked him as she blew smoke on his face and made it hard for him to breathe. The loser begged her for mercy but she did not even listen to him or do what he asked her to do.

Mistress Coco tricked this broke guy that she had some work for him and that she would pay him for it. She went ahead and paid her without him having done the work. Then she called him knowing he had spent the money. She asked him to undress and she went ahead to humiliate him and whip him. She told him that was the work she had for him and he could not do anything about it. 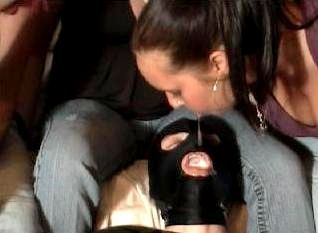